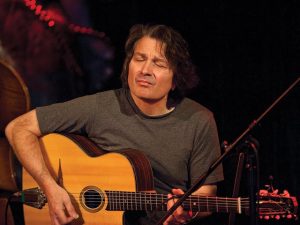 “A Midwestern original whose writing style is a sort of twisted blend of Edward Hopper and Randy Newman. He’s a guitar player of some ability, to boot.”–CMJ Network