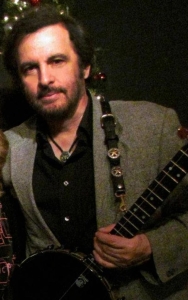 Michael Johnathon is a folksinger, songwriter, concert performer, author who created and hosts the worldwide broadcast of the WoodSongs Old-Time Radio Hour with a radio audience with over a million listeners each week on 500 public radio stations, PBS-TV coast-to-coast plus American Forces Radio Network in 173 nations. He also created the world’s first multi-camera weekly music series broadcast on the internet. Michael is also a playwright … his play Walden: The Ballad of Thoreau has over 8,000 registered performances in 42 countries and translated into four languages.