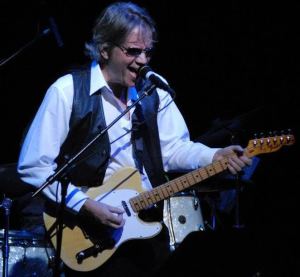 Leon Laudenbach is a singer song writer from St. Cloud Minnesota who has been performing his original compositions for the past 30 years, on stages throughout the upper Midwest. Born to Adeline and Harvey Laudenbach he spent his youth growing up on a farm on the south side of town bordering the Mississippi River. Being immersed in music and the river as a backdrop led to serious daydreaming, that proved to be the resource for the hundreds of songs he wrote.

Recent years he has played in groups like Taboo Blue and the Buddwa Mambo’s putting out several albums with each lineup. He worked with Willie West for several years who hails from New Orleans and played blues fest’s throughout the area. In 2010 Leon and Rex Veeder staged The Headwater Blues Opry at the Pioneer Place theater using Leon’s compositions to enthusiastic crowds. He’s recent project is based off a book he wrote called Mother Pearls Love Letters that is going to be staged as a musical.