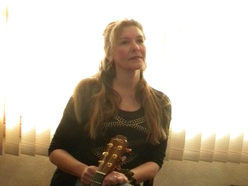 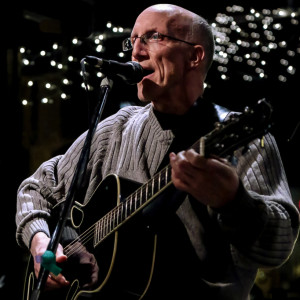 $5 payment taken at the door the night of the concert

A folk singer/songwriter that dwells in Central Minnesota where the winters are long.. .
A self taught guitarist doing some performing in the college years, Then putting music aside to raise a family.
Once the nest was empty she once again found her passion..
Having the good fortune to find a friend and mentor in Minnesota’s folk singer/songwriter Peter Mayer (blueboat.net) she learned the finer points of the American Finger style guitar..
She can now be found playing at festivals and a variety of different venues throughout the St. Cloud, Mpls. / St. Paul area, and Northern MN. Even having the good fortune of opening for several national acts.

For some years now, John has been performing his original songs at venues around the Twin Cities region. Since 2012, his trio (adding upright bass and drums) has performed in the Twin Cities and recorded a 3-song EP, Live at Flowers Studio, released May 2014. Those songs are available for listening at soundcloud.com/johnseymourmusic.

He describes his music, “It’s something like ‘prairie rhythm & blues meets river city folk and walks into a bar with a few jazz chords’. Written over the past 25 years, they are story songs, songs of love for the beautiful messes and moments and places we find ourselves in. You could also say there’s a fair amount of Dakota landscape in a number of them.”