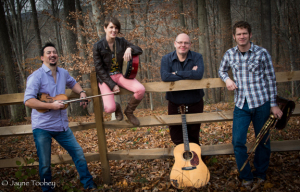 Since they began touring in 2003, Comas have been one of the most recognized bands in modern Irish music throughout Europe and North America. Drawing their repertoire from the Irish musical tradition, as well as folk music styles from Belgium, Scotland, Canada, the United States and beyond, the four members of Comas also contribute their own original compositions which reflect a diverse range of influences, while gracefully managing the delicate balance between tradition and innovation. Having performed at nearly all of Europe’s major folk festivals, Comas expanded their reach to North America in 2011, and have since enjoyed great success at theaters and festivals across the United States and Canada. With two powerhouse albums under their belt, their third recording effort is currently underway.