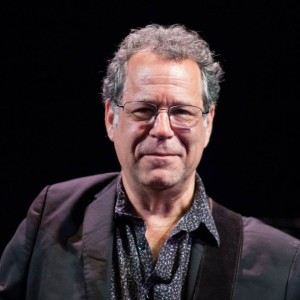 Singer-songwriter Cliff Eberhardt’s work covers a pretty big range, as indicated by an album of acoustic Doors tunes and another of songs composed and performed for a Folger Shakespeare Theatre production of The Taming of the Shrew, which the D.C. news site Roll Call described as “something like Tom Waits meeting Willie Nelson by way of Bob Dylan.” Maybe he’ll play us some of those tunes, and with luck he might throw in some Tin Pan Alley material, as in the video linked below.

“Eberhardt . . . couches his ballads in rootsy, folksy arrangements that emphasize his bluesy guitar playing and his soulful, Ray Charles-like vocals. . . He is the missing link between Paul McCartney and Cole Porter.”–Seth Rogovey

“In another age, Mr. Eberhardt would have found his niche on Tin Pan Alley or writing for Broadway shows. His songs display the highest level of craftsmanship, his guitar playing is superb and his singing deeply emotional.”–Washington Times

“Up and down the line, as a writer, guitarist, performer, and vocalist, Eberhardt is the equal of any singer-songwriter in contemporary pop. With unequaled directness and with a stark, raw presentation, he carves out miniature masterpieces, giving voice to life’s complexities and ambiguities.”–Berkshire Eagle

Tim Fast could be a character in one of the gems-of-a-song he writes and sings. He’s a dust-covered man who has traveled the roads in search of whatever song is over the next rise. That sense of adventure has given him a catalog of great original songs that have touched audiences from coast to coast and all the way from his native Minnesota down to the Texas Gulf Coast.