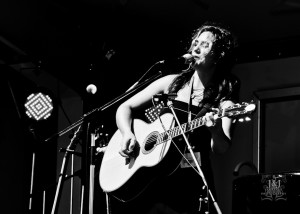 **note- a $1.24 per ticket service fee is added to tickets purchased on-line.

Sat April 5th  7:30-BoDiddley’s-St. Cloud MN
Folk heroine Cara Luft deserves her solid reputation as one of Canada’s finest live performers whose engaging, down-home style comes wrapped in a warm and delicious sense of humour. A co-founder of folk trio The Wailin’ Jennys, Cara was the spark behind the group. Her spirit and innate musicianship were instrumental in their rise to the forefront of the North American roots music scene. Since leaving the trio, Luft has wowed audiences and critics across North America and Europe with her performances.

She has a developed understanding of alternate tunings, numerous finger and flat-picking techniques, and is known as one of Canada’s finest acoustic guitar players. She is also an accomplished claw hammer banjo player, and sings with a rich alto voice. Her writing and playing styles are influenced by rock groups such as Led Zeppelin, as well as both modern and traditional folk music (British, Canadian and American styles).  MORE…

“Listening to Cara Luft is like sipping a fine cognac, warm and smooth at the beginning, stirringly captivating by the end.” — JAMES HODGES, ROADSIDE ATTRACTIONS (Saskatoon)

“Cara’s new record “The Light Fantastic” is great, real, and heartfelt – as she is.  No fluff or extra notes – just the good stuff!” — BUDDY MILLER – Producer, Songwriter, Musician

“This is her time, this is her year and THIS is the album.  Ladies and Gentlemen, make room in your music world for Cara Luft. — TERRY DAVID MULLIGAN – Host, CKUA

For more information or to get tickets call Bo Diddley’s downtown St. Cloud location
320-255-9811  (no service charge) or

**note- a $1.24 per ticket service fee is added to tickets purchased on-line.